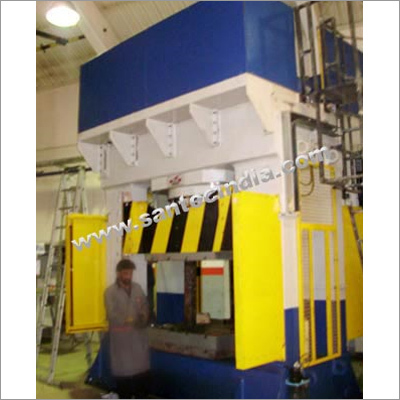 Santec specializes in designing and developing Hammer Forging Presses based on the specific requirements of the customers. Major components of a 'H' type press consist of the bed, side housings (uprights), crown & slide. The bed often has a removable bolster.

Forging presses are widely used to form car wheels, bushings, gears, forged fittings-Tee, Elbow, unions and other parts. These presses utilize hydraulic pressure to exert enough force pressing the steel or other metal in to the desired shape.

Hammer Forging: Preferred method for individual forging. The shaping of a metal, or other material, by an instantaneous application of pressure to a relatively small area. A hammer or ram, delivering intermittent blows to the section to be forged, applies this pressure. The hammer is dropped from its maximum height, usually raised by steam or air pressure. Hammer forging can produce a wide variety of grain refinement at the same time. The disadvantage to this process is that finish machining is often required, as close dimensional tolerances cannot be obtained.

Press Forging: This process is similar to kneading, where a slow continuous pressure is applied to the area to be forged. The pressure will extend in to the material and can be completed either cold or hot. A cold press forging is used on a thin, annealed material, and a hot press forging is done on large work such as armor plating, locomotives and heavy machinery. Press Forging is more economical than hammer forging (except when dealing with low production numbers), and closer tolerances can be obtained. A greater proportion of the work done is transmitted to the workpiece, differing from that of the hammer forging operation, where much of the work is absorbed by the machine and foundation. This method can also be used to produce larger forgings, as there is no limitation in the size of the machine.

Die Forging: Open and closed die operations can be used in forging. In open-die forging the dies either flat or rounded. Large forgings can be formed by successive applications of force on different parts of the material. Hydraulic presses and forging machines are both employed in closed die forging. In closed-die forging the metal is trapped in recessed impressions, which are machined in to the top and bottom dies. As the dies press together, the material is forced to fill the impressions. Flash or excess metal, is squeezed out between the dies. Closed-die forging can produce parts with more complex shapes than open-die forging.

Die forging is the best method, as far as tolerances, that can be met, and also results in a finished part that is completely filled out and is produced with the least amount of flashing. The final shape and the improvement in metallurgical properties are dependent on the skill of the operator. Closer dimensional tolerances can be held with closed die forgings than with open die forgings and the operator requires less skill. 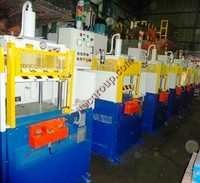 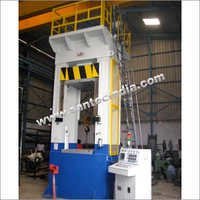 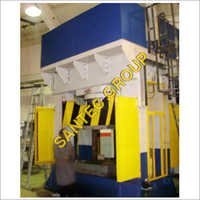 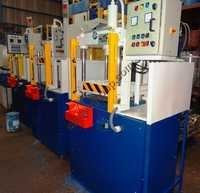